Mr Primo Cangi  has been the last Contadino living at Casafredda, and possibly the last one we have been honored to meet, representative of an ancient civilization not any longer existing.

He moved here with his family after an hailstorm literally skinned to the bones their farm, on the higher hills of the Casentino valley.

Our grandfather Corrado offered them to stay at Casafredda, which at that time, was a little bit more than a bunch of ruins left behind by the war. He accepted to take care of the land and the house, in exchange of sharing the production of the farm in a system know as mezzadria.

"There were no windows..." used to tell us Primo "...and from an huge hole through the kitchen floor I could see the eyes of the cattle, recovered in the barn under it". 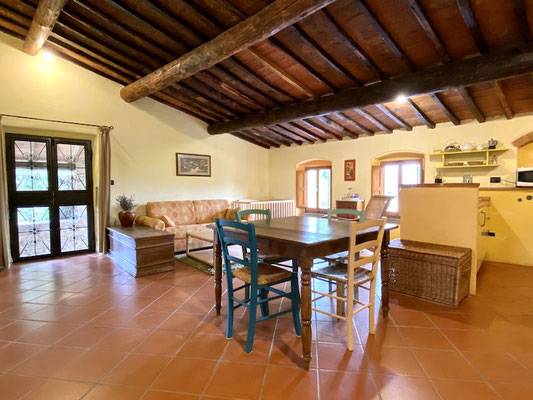 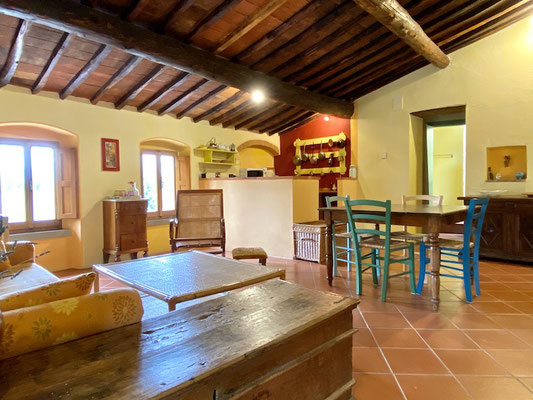 Nowadays, there aren't any longer holes on the floor, and Primo's kitchen and bedroom have slightly adapted to a more contemporary concept of comfort: the apartment is still accessible through the original flight of stairs landing on the covered Jasmine veranda (of exclusive use), and providing access to the large living area from a casted iron & glass door.

The kitchenette is equipped with 4 induction rings, double sink, fridge, microwave, toaster; cattle left space for kettle, and a flow of sun light entering from the two south-east windows makes your morning moments warm and cozy.

This elegant bedroom is naturally filled by northwest lights through twin sky-windows opening on the wooden ceiling, which can be easily darkened to make the room pitch black.

One more window opens on the main front garden, the ancient sycamore, and the lavender field in the distance. 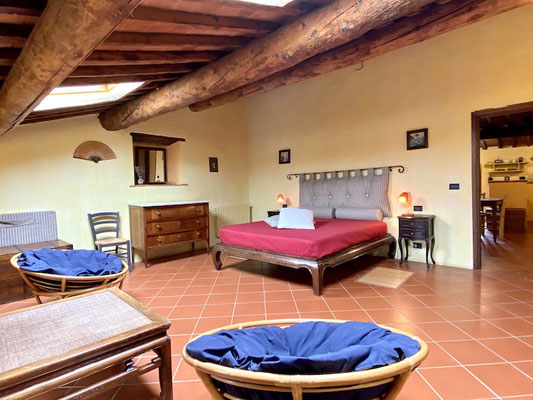 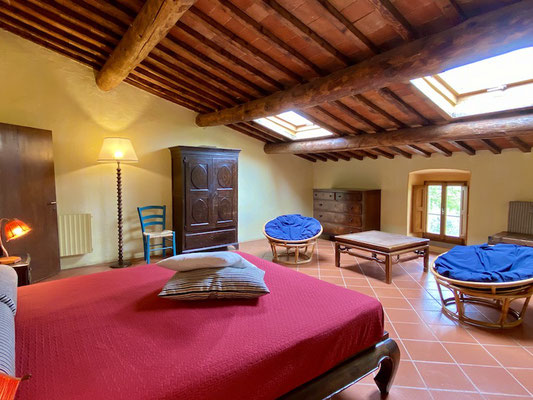 Le Stanze del Cangi are available all year round, for a minimum stay of 2 nights and with nightly rates starting at Euro 96, inclusive of:

Breakfast service is available, on demand, from 8 am till 11 am: breakfast is served in Casafredda's dining gallery, and comes at a cost of euro 12/person.

Check-in is from 3 pm

Earlier or later arrival/departure must be agreed with your hosts.

A valid ID is required upon arrival, in order to proceed with registration in accordance with the Italian law requirements.

navigate to other rooms by clicking the pictures below